Can I Take my Solar PV Panels With Me When I Move?

With all the time, care and money that goes in to fitting PV panels to your property, it can be a bit heartbreaking to let it all go. It’s no surprise that many people are keen to take their solar panels with them when they move house.

Can it Be Done?

Theoretically yes. As long as your own it there’s nothing to stop you removing it and reinstalling it at another location. Perhaps a better question is should it be done?

PV systems tend to be tailored specifically to fit the dimensions and orientation of your house. Moving them to a new location would mean retrofitting the system on to a property they simply weren’t designed for, meaning that they’d be much less efficient. Labour costs alone would be prohibitively expensive, not to mention the cost of repairing the roof where the panels had originally been fitted. Removal, moving costs, and reinstallation doesn’t come cheap.

These factors lead most people to put the property on the market with the panels included, allowing estate agents to advertise the ecological credentials and charge a higher price to potential buyers. The benefits of solar PV are plentiful and they can be an attractive addition for buyers, adding significant value to the property and potentially allowing you to recoup the cost of new panels at your new home.

How Much Would it Cost to Move my Solar PV Panels?

It’s difficult to give an exact figure due to the scope for great variation dependent on a large number of factors, but most estimates put the cost at somewhere between £100 and £300. This would put the cost of moving a 25kW installation between £2,500 and £7,500. Some estimates have been higher, particularly for smaller systems which wouldn’t benefit from the economies of scale.

As a percentage of the original installation costs these projections put the price of moving a system between 20% to 60%, though again some experts have quoted significantly higher. This is a large contributing factor as to why most people choose to simply include the solar PV as a fixture of the house they’re selling and set up a new installation in their new property. A new system also has the financial benefit of eligibility for the Feed-in Tariff scheme.

What Would Happen to my Feed-in Tariff?

The Feed-in Tariff (FiT) is a government subsidy scheme launched following the Energy Act 2008, to allow growth in electricity generation from green microgeneration technologies, (which if unsubsidised are otherwise more expensive than the current solutions). The FiT scheme provides a subsidy to any household or businesses that generates its own renewable electricity and is funded by a small increase in people’s energy bills. Payments are based on your meter readings and paid by your energy supplier. The subsidy is an enabler for small scale renewable and low-carbon technologies to compete against the traditional fossil fuel forms of electricity generation. The tariff payments depend when you get the renewable technology installed and, in the case of solar PV, the payment amount is also dependent on the EPC rating of the home where the installation is due to take place. Until 2015, the Feed-in Tariff meant that solar PV systems could pay for themselves within only a couple of years, and any payments claimed after that were profit. This is no longer the case, as rates have dropped considerably, but the system still provides a great financial incentive for PV.

When a property is sold the FiT payments are transferred to the new owners. If you choose to remove the solar PV from your home and move it to an alternative location you will disqualify yourself from the feed-in tariff. Moving the PV gives it the status of a second hand system and as such is no longer eligible for the scheme. 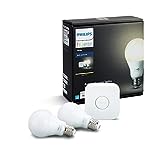 Philips Hue White A19 E27 60 W Equivalent Smart Bulb Starter Kit (2 Hue White Bulbs and a Bridge, Compatible with Amazon Alexa, Apple HomeKit and Google Assistant)
Price: Check on Amazon
The exception to this is large, powerful PV systems, the kind generally used by businesses. From summer 2019, medium and large building-mounted solar PV systems will be allowed to be moved between buildings without the loss of Feed-in Tariff (FIT) payments. This will be restricted to those that exceed 50 kWp. The system can be moved to a new location and still receive FiT payments, provided that the site uses at least 10% of the electricity generated.

Yes, it is theoretically possible to move your solar panels, but it probably wouldn’t be worth your while. The costs will be huge; unless you have an enormous system, you’ll no longer be eligible for Feed-in Tariff payments. Plus, your solar PV system probably won’t work as efficiently even when it is moved. Our advice is to consider the PV as part of the house and say goodbye to it when you decide to sell. New house, new PV, new adventure! A Replacement to the Feed-In Tariff?